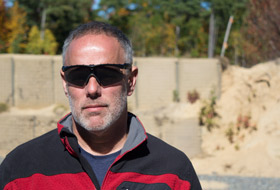 Each year on Christmas Eve, I post the yearly SitRep from Operation Specific Training. OpSpec went live on Christmas Day 2010. And what a five years it has been. I reviewed the previous SitReps before writing this one. It is amazing to see how we have grown. 2012 was the hardest to write as it covered more of looming gun control that we faced in 2013. But, we made it through. And we will always make it though.

As I write this today, I am having a hard time putting into words the pride and honor that I feel. This company is more than the sum of a couple of people. Most of the online and social media coverage is over the guys doing the training, but if it were not for the guys behind the scenes none of this could happen. I especially want to thank my partner in crime, Kyle Sandlin. Without Kyle, most of what the students see would not happen. Steve McGough is another behind the scenes guy that without his expertise, none of this would happen.

What can our friends expect in 2016? Where are we headed? I am excited about the prospects of next year, and some cool stuff is coming. Two new videos will be shot in first quarter. A SIG P-Series Operators video ( a companion video to our P-Series Armorer), and a P320 Armorers/Operator video will be filmed in first quarter. The 2016 course schedule will be up soon. I think there are 15 classes scheduled for next year as of right now. Some destinations include the SIG SAUER Academy, Kentucky, Alabama, California and Arizona.

We will be expanding our Simunitions® classes to include a Pistol CQB class to go with our Rifle CQB. I have said many times that I really believe Simunitions is where it is at. It takes all of the square range theory in tests it in the lab that doesn’t lie. Pistol CQB will include the same evolving, cutting edge tactics that encompasses Rifle CQB.

As exciting as the CQB programs are, we will continue to focus primarily on the stuff we excel at. Teaching our student base to hit stuff on demand at speed. After all these years, the thing that remains constant is our commitment to hitting small things fast. Teaching technical marksmanship to solve practical and tactical marksmanship problems is our bread and butter.We will continue to focus primarily on just that. We will also keep the strong emphasis on the DA/SA pistols. We live in a striker fired world. I get that. We will continue to teach and support the DA/SA platform in the years to come.

From our family to yours, we wish you a Merry Christmas. We will see you guys on the range in 2016.