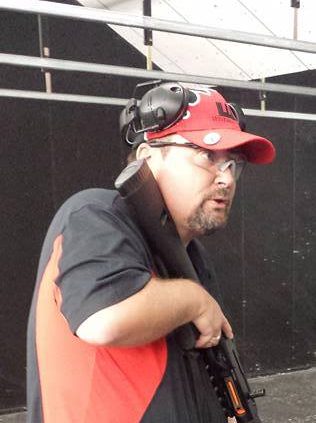 Training Day in Oklahoma (TDOK) is premised upon the long-running and wildly successful Polite Society Tactical Conference. TDOK is a local version of that fine institution spearheaded by Oklahoman Spencer Keepers and the rest of the crew at Keepers Concealment. It was held at the world class BDC Gunroom in Shawnee, OK. Training blocks were taught by some truly heavy hitters in the training community. There are between three and five two-hour blocks being taught at a time. The student is free to choose which instructor/topic they wish to attend. The cost for a training day with folks of this caliber typically costs $225 to $250 a day. At TDOK 2016, the tuition was only $125. This event will likely become an annual central states training tradition. 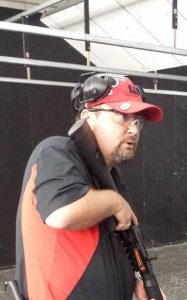 Will Andrews is the lead instructor at Oklahoma Shooting Skills.

Will Andrews is the lead instructor at Oklahoma Shooting Skills. He is a well-respected trainer in a variety of areas including pistol, shotgun and unarmed defense. Andrews has spent much of his adult life both attending and providing training. Andrews did a block on the shotgun; specifically in the home defense role. His class covered everything from weapon manipulation to ammunition selection for particular styles and sizes of homes. Here is a more complete bio on Will. 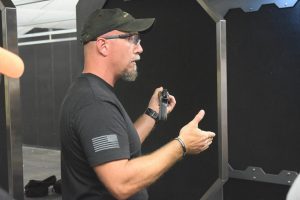 Some folks think of Mike Seeklander as a, “gun celebrity” but he really shines as a competitive shooter and firearms instructor.

Mike Seeklander’s Recoil Control block was excellent. Many folks see Mike as a celebrity considering that he makes regular television appearances and even has his own show co-hosted by Michael Bane and Michael Janich called The Best Defense (on The Outdoor Channel). I suppose Mike is a celebrity, but you’d never know by it taking one of his classes. His students think he’s just a great shooter and a great teacher who has been recognized for those talents by media outlets. Seeklander almost instantly picked up on a technical mistake I’ve been trying to figure out for years. I heard two other veteran shooters make similar comments. If you get a chance to take a Seeklander class, take advantage of the opportunity. 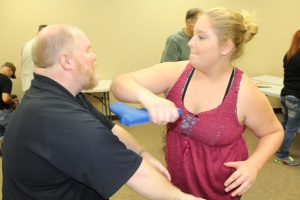 William Aprill has the unique and eclectic experience of being a former law enforcement officer, practicing mental health professional and martial artist.

Dr. William Aprill, who shuns the moniker, “doctor” and insists on being called his first name is among the leading  researchers of violence behavior in the country. Aprill taught three blocks from his, “Unthinkable” program which covers weapon disarms, how criminals select victims and how not to be selected as a victim. The student pictured above is a psychology major. She attended all three of Aprill’s blocks and was more than satisfied that her tuition was well-spent. His preparation and hard work during the class are obvious in the finished product. It’s rare to have a this kind of specialized knowledge and training in the defensive training arena. See a full review here. 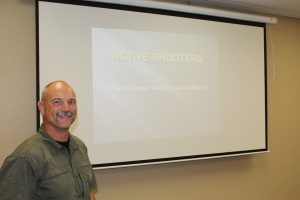 Chuck Haggard is one of the most highly-respected instructors in the law enforcement and defensive training community.

Chuck Haggard is well known in the law enforcement and firearms training community. His twenty-eight years at Topeka PD was well spent. He’s an experienced and well-respected instructor of firearms and uses of force. Chuck has personally responded to two active shooter incidents. He’s spent a few decades studying these horrific incidents and is considered one of the foremost experts on the topic today. Now retired from cop work, he continues to teach in various venues including his own company, Agile Training and Consulting. Haggard presented blocks on OC spray and active shooter in both the classroom and on the range. 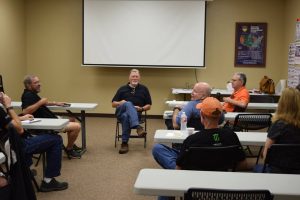 For those who haven’t had the privilege, Vince O’Neill is a world-renowned instructor in nearly every defensive discipline. He’s been the range master for Oklahoma’s Council of Law Enforcement Educators and Trainers and also headed the Defensive Tactics training unit for quite some time. Click the link below for more.  O’Neill took a different approach to his class on the defensive mindset. There was no Powerpoint. There were no videos. He just taught and did so very well. I have to admit to a little jealousy of his grasp of the topic and his ability convey information effectively without visual aids. Here is a little more detail on Vince.

Dynamic Training Strategies is a defensive training company in Arkansas.  They offer self-defense classes in firearms and unarmed defense as well as the much-overlooked topics of fitness and emergency medicine. Tyler Grant and Matt Bagley of DTS taught blocks on general fitness, everyday defense and tactical medicine. Staff Sgt. Grant is a National Guard veteran who did two tours in Iraq. He’s an EMT, firefighter and a Combat Focus Shooting instructor. Bagley is also a firefighter and a paramedic with more than ten years of experience. I heard several students raving about Grant and Bagley’s classes. 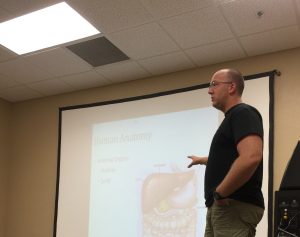 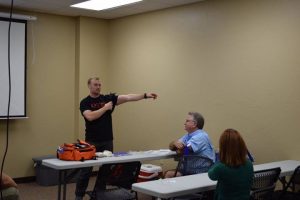 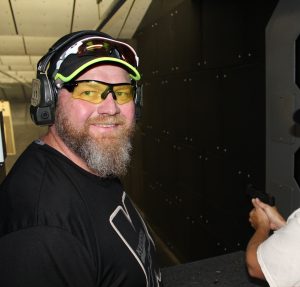 Spencer Keepers is known for his exceptional customer service as a trainer and is a leading expert on AIWB carry.

Spencer Keepers is one of the best pure shooters I’ve ever seen. I don’t make this claim lightly. I’ve seen some good ones and Spence is on a different level than most. He’s one of only eleven folks certified as “Handgun Master” by Rangemaster Training Services and that tens of thousands of top quality students have tried. He’s an equally talented instructor, mostly because he loves it. I’ve personally witnessed Spencer surreptitiously fist pumping like George Brett after a home run in celebration of a student’s success. It’s a kick to watch Keepers teach, but even more fun to be taught by him. He taught blocks on pistol and situational awareness. This is a review of Keepers’ AIWB class.

Something else that makes Training Day in Oklahoma unique is the instructors are compensated only for their travel expenses, hence the low tuition. These instructors are only in it for the satisfaction of teaching and the hope that some information they provide to a student may enhance their safety somewhere down the road. Be on the look out for 2018 dates at BDC Gunroom or Keepers Concealment. If you can’t wait that long, there will be a similar training event with many of the same instructors on June 3rd, 2017  in the form of the “Big Saturday” Training Event at H&H just off of I-40  for only for $150 for the whole day. Register here. Either way, come down and see us.